I’m four pages in to chapter two of my new book, a book I’ve outlined, made character sketches for, and even bought markers and big pieces of white paper to make visual maps of motifs and character relationships. I feel so ready to write this book!
Until, I don’t.
I’m on my second week of getting up at four in the morning to write, and I’m in the thick of chapter two. This morning I was writing a scene in a kitchen with two teens and their Dad, a primary setting in this story. As I visualized the scene in my head, moved the characters in space, rendered their words, thoughts, and actions, I realized a piece I had forgotten to plan.
I hadn’t planned the layout of the house my characters lived in, or the individual rooms. The story takes place in Olympia, but I hadn’t even planned what part of town, let alone the details of the house. For that matter, there’s a chunk of it that takes place at a school. What does it look like? In 2005?
Without an intentional plan, in order to write forward, I picked a house I used to rent as a model for my story. The point here is, though, that I did this without any awareness. Once I realized what I had done, I had to decide whether the choice was a good one or merely a familiar default. Should the story be in a different place? Where?
It is in this way that we continue to plan our stories, add to our outlines as we get deeper and deeper into the writing. The key is to recognize when to pin down the details. I noticed where I had placed my story because I was struggling with some of the details. You see, I hadn’t committed to that old house, that particular setting. I just used it to keep writing.
I have committed to it now, but I could just as easily have moved the story to a different house, across town. Two understandings emerged for me in this moment of attention. The first is that when you are writing about people in a place, you should know that place in as much specificity as possible. What color are the curtains? Does a faucet leak? Whether it’s a real place or imagined—set your story down somewhere with walls of a certain color and doors that creak, with smudges of dirt on the light switches. Draw it or pick a place you know, or both. The second thing?
Welcome these moments that demand that you add to your outline as a critical part of the process. There is such an urge to write, let nothing get in the way, because writing is hard enough. But I think I’ve caused myself more trouble than necessary writing this way.
When I print out first drafts of chapters to edit, I highlight all the specific details that emerge, mostly as a tool to keep them in the visual landscape I move through in my mind as I put words to page. Shouldn’t we welcome these breaks to draw, list, and diagram as part of creating a place for your story that seems real? 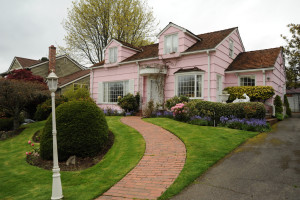 1 thought on “The importance of place.”